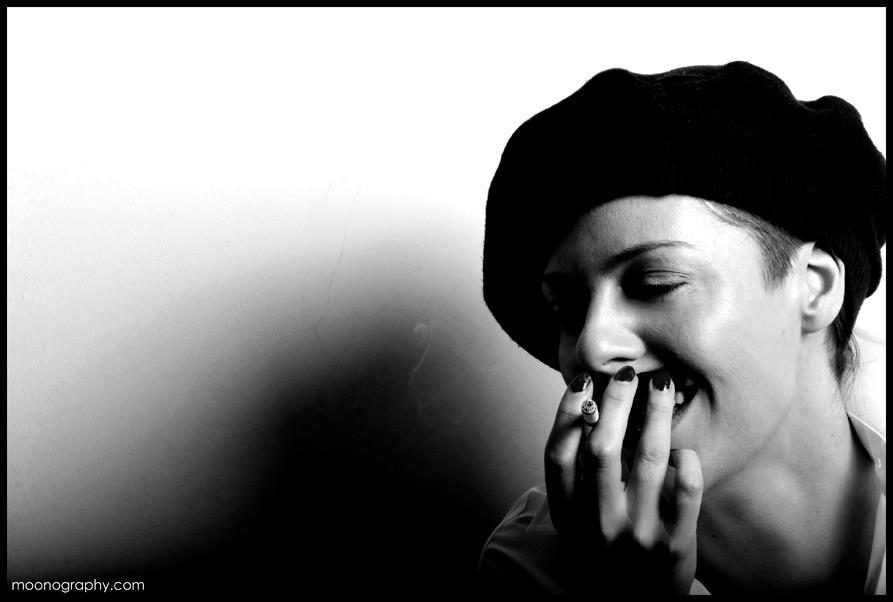 Over the course of the next few days and weeks, I’ll be posting interviews with those writers reading as part of the Poetry Ireland Introductions series 2013. One of this week’s featured writers is Donegal poet Annemarie Ní Churreáin, who reads tonight, Thursday 30th May.

Philip Cummins: What is your earliest memory of poetry at home or in school?

Annemarie Ní Churreáin:  I grew up in the Donegal Gaeltacht so although books – in particular poetry books – were definitely not stacked to the ceiling in our house, spoken poetry, storytelling and song was everywhere. I was well aware of what words could do from a very early age. I can’t recall exactly which language I spoke first. Living in (and between) Irish and English provided me with the inclination to probe and play with words and meanings. Bilingualism is a real gift to poets. At home, I had the undivided attention of a grandmother who told me a lot of folklore stories and at school, I learned the usual long prayers and Irish songs. We were also not allowed to speak English in school because it was considered ‘unclean’, which of course gave the forbidden tongue a special allure. When I was seven I wrote poem titled “The Queen Bee” and it won me a copy of Alice in Wonderland. I learned then that it was one thing to put a poem on a page, and quite another thing completely to have to recite it on request forever afterwards.

PC: Is there a particular poet, poem or book of poems that was, for you, like discovering rock n’roll for the very first time? Can you describe what it was like?

ANC: When I was ten, I found a copy of The Poems of Doctor Zhivago (by Boris Pasternak, translated from the Russian by Eugene M. Kayden) in the loft attic. It was a slim, beautifully bound book with illustrations by a man named Bill Greer and I opened it on a page with the poem “Intoxication”

“ ‘neath a willow with ivy entangled/ We take cover in blustery weather./ My arms are wreathed about you;/ In my raincape we huddle together. // I was wrong: Not ivy, my dearest,/ But hops encircle this willow./ Well, then, let’s spread in its shelter/ My cape for a rug and a pillow!”

Not quite rock n’roll, but for a girl who had never been inside a library it was a little piece of treasure. I was, and still am, totally swooned by that book. I brought it downstairs and made my enquiries and discovered that it had been given to my mother as a wedding gift. I cheekily hand-wrote my name on the title page and placed it on the kitchen shelf alongside the cook-books and that was really the official beginning of poetry in our house! A kind of public announcement! (Later, as a teenager, I obsessed over Sylvia Plath. Christmas 1997, my parents ordered Sylvia Plath, Collected Poems and that was the first poetry book I properly owned).

PC: Which poets do you think best characterise the qualities that are found in your own poetry?

ANC: When I sit down to write, the first thing I do is read a poem by someone else. It is partly ritual (a kind of prayerful offering in advance of the work) and partly part of the actual work: I’m trying to identify what works well in this poem, in the hope that something of its quality will get carried across into my own writing. For this, I often revisit poems by Adrienne Rich, Grace Paley, Tess Gallagher, Stanley Kunitz. It’s a way of kick-starting the engine, and giving me the wake-up call I might need. Similarly, I’d often look to poems by Eavan Boland or Paula Meehan. In specific, I go back to poems like Paula’s “Death of a Field” which achieves something particular that I am absolutely (however clumsily) aiming at. I seek out poems of longing, belonging and loss as these are the themes I identify with. I regularly listen to Stanley’s “The Portrait” to remind myself of what I’m trying to do, and why I’m trying to do it.

Otherwise, I tend to read poets one by one, and one only at a time. I’m a slow reader (and writer) and I look for poems with plenty of stillness and space. I am interested in the truth of things, and have huge admiration for poets like Sharon Olds. The first time I read “Beyond Harm” I felt proud to be a poet. I’ll read a poet, listen to any online interviews with that poet, read some of the available literary criticism and then move on. Last month I read a lot of Li-young Lee, and this month I’ve gone off in a different direction and started obsessing over Frank O’ Hara.

In addition to poems, I also identify the things I need in short stories. In specific, writers like Claire Keegan leave me kind of slack-jawed and dazed. A story by Claire can hit me in the gut the same way that a poem by Sinead Morrissey can. Similarly, cinema can – for me – often point at the thing I am trying to reach at in my writing. For example, The Master and other films of Paul Thomas Anderson play with a thematic duality that I find fascinating.

PC: What was your first “Eureka!” moment in writing and publishing poetry; the moment when you realised “Hey, I’m actually on to something here!” in terms of your work coming together and first getting accepted and published in magazines and journals?

ANC: As a teenager, I was given a scholarship to the summer school at The Poet’s House, Donegal. It was a school under the directorship of the late James Simmons and his wife Janice-Fitzpatrick Simmons, which offered an MA Poetry from Lancaster University. I had the opportunity to meet people like John Montague, Derek Mahon, Leland Bardell. What an experience! Eamonn Grennan with his great beard and said to me ‘you can write’ and I believed him. I sat down in one of the classrooms towards the end of that first week and I knew clearly what I wanted; I wanted the silence, the solitude and mysterious community that went with poetry. A more recent moment was that of finding out I have been awarded a 6 month literary fellowship with the Akademie Schloss Solitude in Stuttgart. Although I haven’t even started it yet, I feel a shift happening and something new developing in my writing.

PC: Finally, if you could own and keep just three collections of poetry on your bookshelf- excluding, of course, your own- which collections would they be and why??

ANC: I’d have to keep Out in the Open by Cathal O’Searcaigh and a little blue Lapwing pamphlet by Janice-Fitzpatrick Simmons entitled Leaving America. These books remind me of where I’ve come from, and of those first days of reading and dreaming poetry. I’ll go back to them all throughout my life. I’d be hard pushed to not keep Ariel by Sylvia Plath but I’d do it only to make room for The White Page/ An Bhileog Bhan Twentieth-Century Irish Women Poets.  Finally, there is no way I could live a life without the poems of Stanley Kunitz. In addition to the three books on the shelf, I would keep one of his books secretly tucked away. In my opinion, anyone who was made poet laureate at the age of 95, and was writing the poems that he wrote, deserves to have rules broken for!

Annemarie Ní Churreáin reads as part of the first in a series of three readings as part of the Poetry Ireland Introductions readings series on Thursday 30th May at 6.30pm at the Irish Writers’ Centre, 19 Parnell Square, D1.

Also reading with Annemarie are: