As of this weekend, I’ll be running two regular, weekly features on music and literature: The Saturday Song and The Sunday Poem 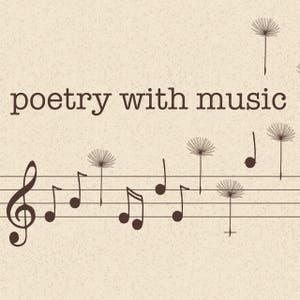 Keep an eye out for two weekly music and literature features that I’ll be running, as of this weekend: The Saturday Song and The Sunday Poem

SO I’m going to start uploading some new, regular features to run along my published work.

Every weekend, I’ll post up The Saturday Song and The Sunday Poem on their respective days. These features will consist of a detailed, critical analysis of a song and poem, applying music theory and literary theory / poetic terminology to the song / poem in question, though done so- I hope- in a way that is entertaining, at the very least.

Every song that I feature will have either a Soundcloud or Spotify link embedded in the feature. For copyright reasons, it won’t be possible to post an entire poem on the site, though I will encourage readers to dig out the poem in their libraries and, indeed, from their own bookshelves. Certainly, I will list the collections and anthologies in which the chosen poem is published.

This week’s Saturday Song will be Vampire Weekend’s Obvious Bicycle.

This week’s Sunday Poem will be Simon Armitage’s The Shout.

If there are songs and / or poems that you would like to see covered, please comment below with your suggestions.